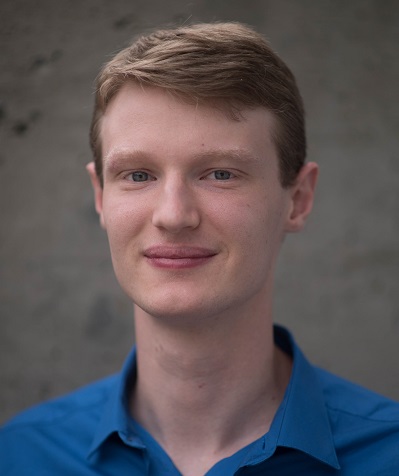 “Passionately inspired” is the phrase Will Lusk uses to describe his feeling about working with WBI’s staff, faculty, students, parents, donors and others in the WBI community. A seasoned leader in arts and education, Mr. Lusk has extensive experience in organizational, relationship, resource and staff development.
Born and raised in Potomac, Maryland, Will Lusk is the Assistant Principal Trombone of the Capital Wind Symphony, a low brass coach at Bethesda-Chevy Chase High School, and a production technician at numerous theaters in the DC metropolitan area. He began playing trombone at the age of 11.
While studying trombone performance and arts management at Indiana University, he was an active member of the local arts community, as he worked for the Jacobs Development & Communications Office, the Musical Arts Center, and IU Auditorium. He also volunteered for the Lotus World Music and Arts Festival and Middle Coast Film Festival. Additionally, he composed the soundtrack for When Magic Touches Stone, a short film shot and produced in Bloomington that is expected to be released in summer 2020.
Away from the trombone, Will enjoys following the English Premier League, reading, and big fluffy dogs.