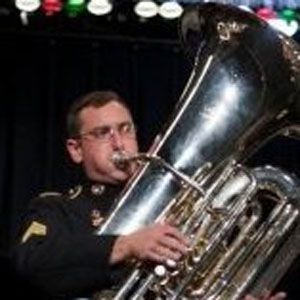 Scott Cameron joined CJMS in 2016 after serving 23 years as a member of The United States Army Field Band, where he performed in all 50 states. As a freelance tubist, Mr. Cameron has performed with The Maryland Symphony, The Louisville Symphony Orchestra, The Fairfax Symphony Orchestra, and the Huis Ten Bosch Brass Choir, Nagasaki, Japan. Mr Cameron maintains an active private teaching studio, many of his students have gone on to the nations leading music schools and conservatories. He is in demand as a clinician and tuba adjudicator at the college and secondary levels. Mr Cameron’s Tuba teachers include Harvey G. Phillips, Gary Bird, Marty Erickson, and Michael M. Bunn, of the Kennedy Center Opera.